The path to eternity starts at the base of a mountain.

From the beginning of the path, we look up towards heaven.

Some just never attempt it.  What’s the use?

Some convince themselves they can do it.

They can do anything if they just try.

If they want it bad enough.

If they believe they can do it.

When they fail, they give up.  What’s the use?

Some are able to see failure as an even greater challenge.

A reason to get up, dust off, and try again.

Because we’ve all been told “life is a journey, not a destination,” and “it’s all about the climb,” and “what doesn’t kill you makes you stronger.”

Some just pick a different mountain to climb, and they actually make it to the top.

They look around and wonder, “Is this it?”

Some realize they have conquered the world’s mountain by mistake.

I survived a flailing freefall.

Tumbling down my mountain, I reached out in desperation for His hand.

Jesus caught me and pulled me across the most frightening canyon I’ve ever seen.

He asked me to climb His mountain instead.

He handed me climbing gear.

I was embarrassed to admit that I recognized it.

He had left it all at the base of the mountains, and I had stubbornly left it behind.

He forgave me with a smile and a hug worthy of the prodigal son.

We have been climbing together toward the celebration ever since.

He takes me higher and higher.

I look down and see how far I could fall.

I look up and see how far I have to go.

Even so, He’s still sitting with me on this plateau.

Waiting patiently for me to make my next choice.

Waiting for my mind and my heart to catch up with my feet.

Feet that are exhausted from the fast-paced climb.

Feet that are stronger because of it.

Feet that feel too weak to go on.

Will I use the fear from looking down to realize how far I’ve come, and that if He brought me this far He can take me all the way?

Will I use the fear from looking up as motivation to reach the ultimate reward?

Or will fear become a reason to set up camp on the plateau? 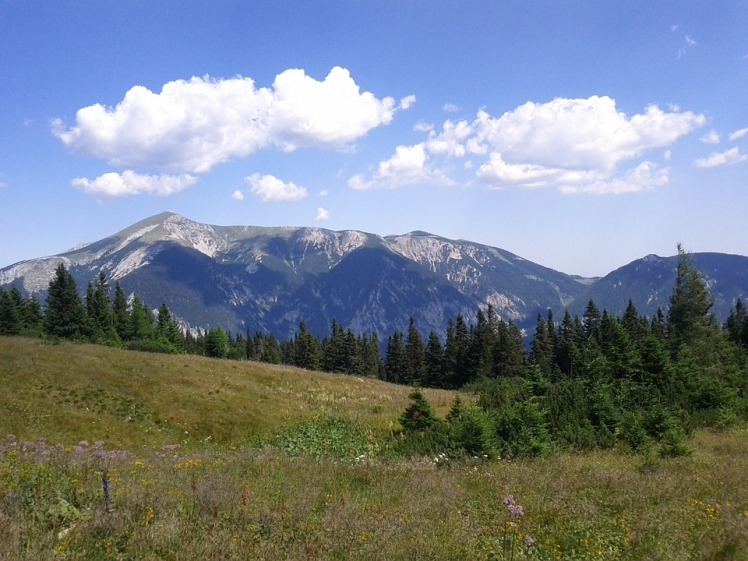 Waiting for me to remember how I got here.

It wasn’t from looking up.

It wasn’t from looking down.

It was from looking only at Him.

Fair enough, but I know more now than I knew then.

If I choose to go on, some of the things He has allowed me to carry this far will have to be left behind.

They are too heavy, weighing me down.

They don’t serve any purpose for the rest of the trip.

He assures me I won’t need them where we’re going.

They’re temporary.  Everything here is temporary.

I know, but I hesitate.

The thought of how useful they were before…

How I used to be just fine with those things…

How everyone else seems to be just fine with those things…

How can those things be worthless and harmful now if they helped me get this far?

I hesitate.  I doubt.  I second-guess.

He’s waiting, but I can tell He has no interest in living here, halfway, forever.

It’s Him or the plateau.

I warn Him that we’ll have to go slower.

But He knew that before we started and agreed to lead me anyway.

I want to put one foot in front of the other, I really do.

So why can’t I even find the strength to walk?

The pull of the plateau holds my feet to the ground.

But my eyes find His, and I’m moving anyway.

The King of all kings is willing to carry His lost sheep.

Eyes only on Him.

One thought on “The Plateau”